More Than A Couch Potato 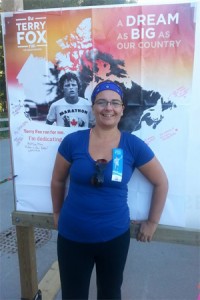 Have you ever seen yourself in the mirror, after a shower say, and thought, “That can’t be right? Where did all those rolls come from?!”. Oprah calls these “aha” moments, those seconds or minutes when you come to a realization about yourself.

My self-realization was a long time coming. I blamed by thirty pound weight gain on stress – and I could justify it, too. Moving across the country to a city where we knew no one, the sudden death of my dear Dad, job and career changes, one daughter needing multiple surgeries, the other growing up so quickly we could hardly catch our breath – the excuses were endless.

Turning 40 last year was a wake up call to eat healthier but I still refused to exercise. It was just so much easier after a long day to binge on Netflix then go to the gym downstairs. Then I went back to Haiti – and realized how unfit I was. Just to walk 15 minutes in the sun and smog was a chore. The hotel we stayed at was in a quiet place high in the hills of Petionville, Port-au-Prince and walking downhill in the morning wasn’t too difficult. It was any incline that nearly did me in. I knew it was time to get fit.

You Just Can’t Sit There! 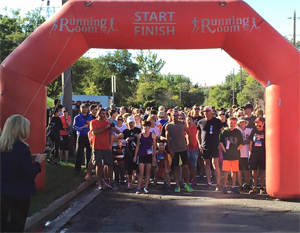 So 10 weeks ago I started on the treadmill – 10 minutes, 0 incline, 4.5 speed. It was agony. I thought my legs were going to collapse along with my lungs. I called on all the stubborn resilience of my ancestors and went every day – sometimes twice a day – always adding 1 minute to my time. My 11-going-on-27-year-old daughter joined me sometimes, what a great activity to do together! We started going on long ‘walk and talk’ dates, all along the paths around our neighbourhood.

I began running outside after I put our girls on the school bus – what a difference than inside a gym! Birds, trees, squirrels and friendly walkers all cheering me on in their own way.

Yesterday, I ran the Terry Fox 5K. It all starts off with cheers, even balloons and a live band, but the reality hits when you see the 3K marker and realize how far you have left to plod. It took me a long time (nearly 38 minutes), but I didn’t stop running. Terry and my Dad would be proud, I think. I know I am.